How Did Carrie’s Wedding Ring End Up Like This?

Can you imagine going 10 years of your marriage without wearing your wedding ring? Carrie thought that she was ready to give hers up for good after a near disaster at her son’s school.

I first met Carrie when she asked if I could re-engrave the fading pattern on her inherited wedding band, which had belonged to her grandmother. I was of course happy to help! 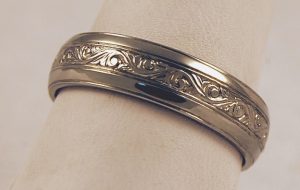 Carrie’s Wedding Band After its Engraving was Restored

She showed me the wedding band and asked how long it would take to finish the re-engraving – “My husband won’t like me walking around looking like a bachelorette for too long, you know!” I laughed with her, but was surprised when she added, “My other ring’s unsafe, so I haven’t worn it in a while.”
“How long?” I asked.
“Oh, about a decade now.”
Wow! I had to hear the story on that one! 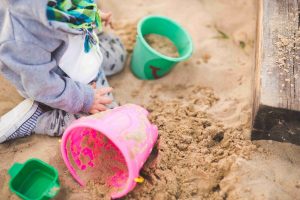 It’s All Fun and Games Until a Diamond Goes Missing

Carrie had been enjoying her morning doing what she loved most – playing and learning with her 3-year-old son, Luke. They were enrolled in the Lou Grant Parent-Child Workshop, and this particular morning session had them outside in the sand, building castles and drawing in the soft ground.

As Luke and his classmates developed their motor-skills, Carrie and the parents did their best to keep sand out of their children’s mouths and eyes.

Luke was hard at work shaping the third tower of his sand fortress, and Carrie was helping by bringing him dense wet sand to build with. Reaching deep into the ground, she heard a muffled *clink* and felt a sharp jab of pain shoot through her finger – the excavator had hit a rock!

Carrie shook her aching hand and let loose a stream of G-rated expletives – “Oh, nuts! That hurt like a biscuit!” As she looked over her hand to survey the damage, she quickly forgot about any pain she had felt – her ring setting was cracked in half and the diamond was missing! 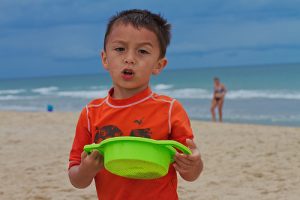 The children’s instructor learned what had happened and announced that she had an exciting new game for everyone to play – Treasure Hunter! The children and parents were each given a sand sifter and assigned different plots of land to search.

After several stressful minutes of false-alarms and tired children asking to play a different game, one of Luke’s classmates proudly shouted that he’d found something sparkly – Carrie’s diamond!

After that scare, Carrie decided to store the diamond and her cracked wedding ring in her safe. There they sat untouched for 10 years.

When Carrie first showed me the wedding ring, it was immediately clear that the original was beyond saving. Besides the cracked setting, the ring’s already slender, delicate design had been worn dangerously thin. Every part of the ring was visibly worn and aged.

What to do if You Love Your Ring, and it’s Beyond Fixing

Many of My Ring Designs Begin With a Virtual Model.

We both inspected the ring under magnification, always a good idea when deciding what to do with a damaged ring. Insted of a laundry list of repairs, which would have extended the ring’s life, but not for long, I offered Carrie the idea of a ring replication with little tweaks. I suggested that we recreate the original design that she really loved, using the broken ring for reference, but make the new ring thicker in depth and a bit wider for stability on her hand.

To widen the design, I added a line of tiny diamonds in the center. Carrie’s new ring is a replica of her original, with subtle changes made to improve the design’s aesthetics and longevity.

Happy Memories Flow Again When You Go With Ring Replication 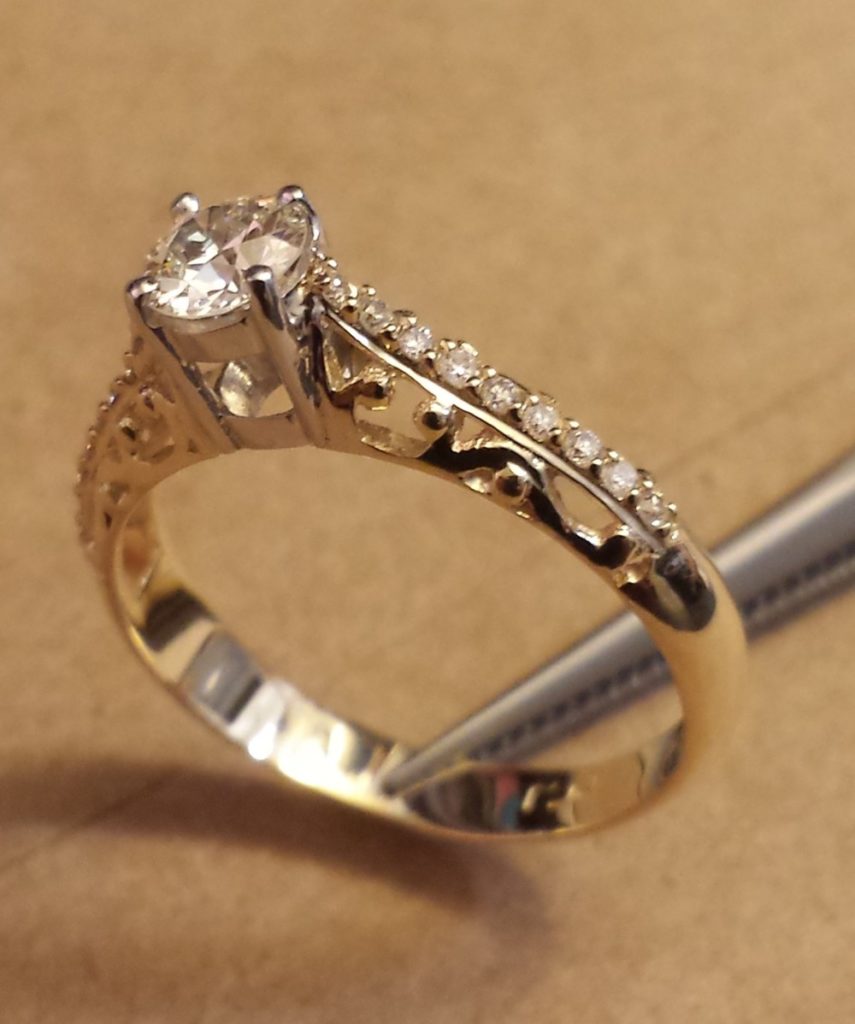 Ring Replication Brought Back the Memories and Carrie’s Smile

Carrie loved her new ring! Happy memories were brought back with a wave of tears.

Do you have a beloved piece of jewelry that you love, but can’t wear? Don’t hide it away! Even if your piece of jewelry is beyond repair, maybe it can be replicated or redesigned. Remember my motto: Wear it, don’t warehouse it!